Divorce in the Movies

Hollywood’s portrayal of many aspects of life is often grossly inaccurate.  What about its portrayal of divorce?  Could divorce in the movies tell us anything about the process itself? 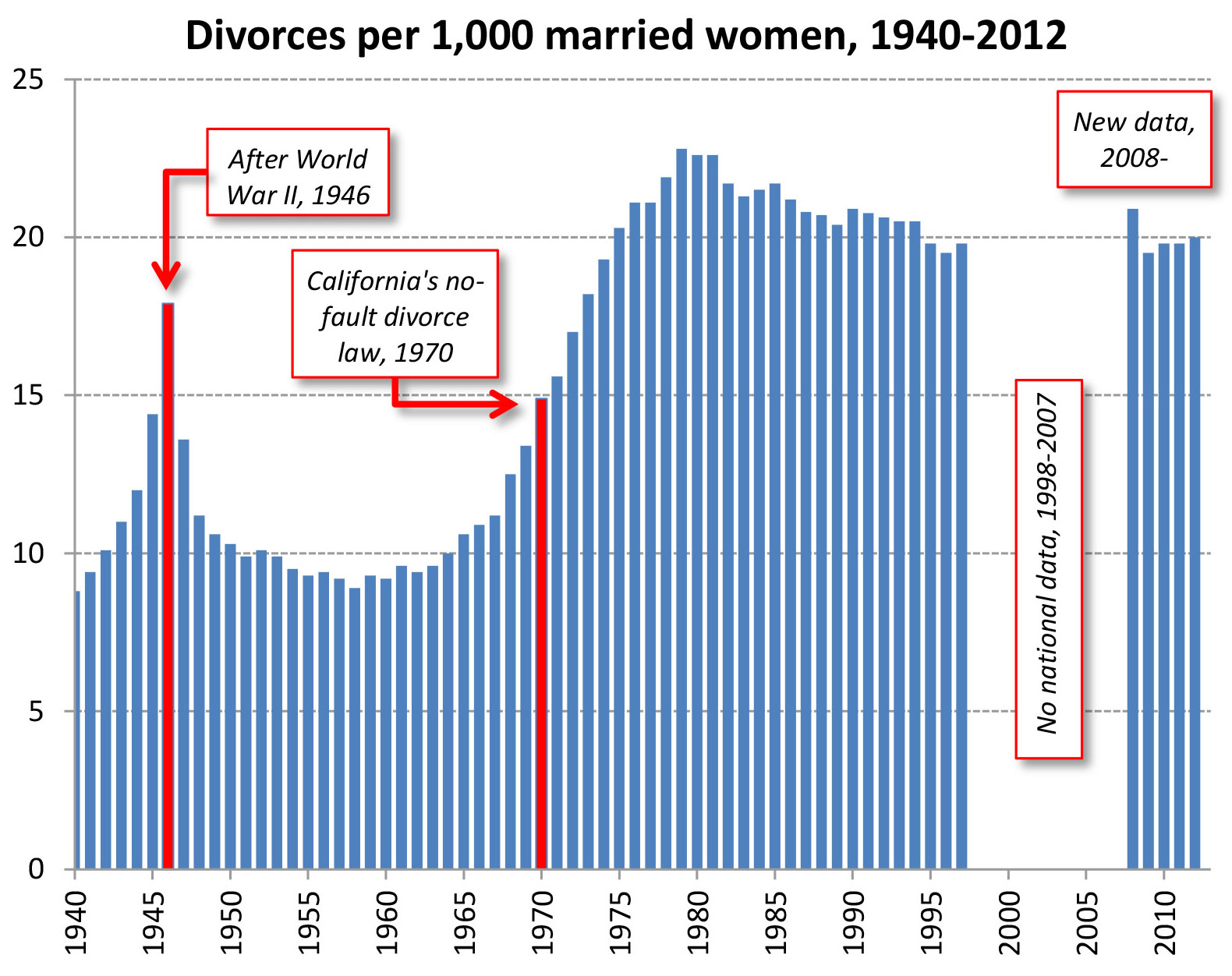 In the film Kramer vs. Kramer (1979), for example, a wife leaves her husband largely because he is a workaholic and has little time for her and their child.  This seems to be a plausible reason for a marriage to fail, but should partners be more aware of the career demands on their spouses before they decide to marry?  Months after the divorce, she returns and challenges his custody of their son.  The two head to court where a contentious battle ensues, with each lawyer impugning the opponent’s character severely.  The court awards custody to the mother, largely because it believes mothers make better parents than fathers do.  Going to trial in divorce cases has become increasingly rare, and lawyers highly recommend that couples try to negotiate everything, including custody, before the divorce can reach trial.  Thus, the custody hearing would have been rare, but not unheard of.

Laws used to require the mother to have custody if the child was five years old or younger, but no state still practices this because it is considered sex discrimination.  Still, statistics show that women are four times as likely as men to obtain sole custody over their children if the divorce goes to trial.  Moreover, many divorcing couples negotiate to allow the mother to have sole or primary custody.  So the result in Kramer vs. Kramer is realistic, although courts today might not expressly state that mothers make better parents than fathers.

Another popular movie involving a divorce is Mrs. Doubtfire (1993).  In it, the wife divorces her husband because she tires of his eccentric behavior, specifically after he throws a wild birthday party for his son.  She gets primary custody of the children, and the husband may only see them once a week.  The court limited his custody largely because he was unemployed at the time.

Courts consider the best interests of the child when awarding custody.  To determine what is in the child’s best interests, courts consider each parent’s mental and physical health, the parents’ ability to provide for the child, each parent’s lifestyle, and whether the child’s life will be interrupted if he lives with either parent, among other factors.  The father’s inability to provide for his children, and to a lesser extent his eccentric behavior, could compel a court to award custody to the wife who has a stable job that enables her to provide well for the children.  Although this is unfortunate because the father loved his children very much, it does make sense to award custody to the mother in this situation.  It would be more considerate under the circumstances, however, to allow him to see the children more than once per week – he certainly wasn’t abusive in any way.  The management of custody in this movie seems realistic.  Of course, the father’s strategy of pretending to be a female nanny in order to visit his children more often stretches the imagination.

Read Our Other Posts

Copyright 2018 - Trio Media LLC This site does not provide legal advice, counsel or representation to viewers of the site, Its customers, purchasers, or any other persons or entities under any circumstances.