Arnold Schwarzenegger has lived a remarkable life. Born into a family of meager means in a small Austrian town, Schwarzenegger went on to dominate the bodybuilding circuit in the 1970s, winning its most esteemed competition, Mr. Olympia, seven times. Afterwards, he went on to become one of the most prolific action stars in Hollywood, and ambitiously used his Hollywood notoriety to vie for the Governorship of California, winning it in 2003 and 2006. His memoir’s publisher even calls him the greatest immigrant success story of our time. But he bears flaws just like everyone else, having caused great pain to his beloved wife and children. He and his wife of 25 years, Maria Shriver, divorced in May 2011 after he informed her that he had an affair and a child with a household employee 14 years earlier. 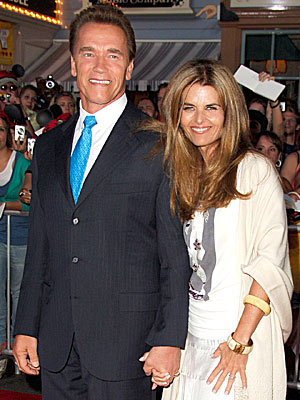 Divorce Online with our Divorce Papers

Schwarzenegger states that the marriage was not in dire trouble before he admitted his affair, although being in Sacramento away from his family and working as Governor of California strained the relationship. This circumstance is somewhat ironic given that marrying Shriver helped prompt him to enter politics because she is a Kennedy and thus Schwarzenegger was introduced to one of the most politically entrenched families in U.S. history. In his memoir, Total Recall: My Unbelievably True Life Story, Schwarzenegger calls the affair the dumbest mistake he’s ever made and says it caused his wife and children great pain. This instance of weakness was not the only issue.

According to a recent 60 Minutes interview with Schwarzenegger, the actor engaged in multiple affairs (one with actress Brigitte Nielsen), wanted to hide his 1997 heart surgery from his wife, and did not tell her he intended to run for office until three days before he announced the campaign publicly. The former Governor says he toyed with the idea to run for office for a full year before discussing it with Shriver because he did not want the issue to interfere with their domestic life. She opposed his ambitions initially, but eventually supported him. Further, in order to keep his family together, he told his suspicious wife numerous times that he had not been unfaithful, and he now regrets not telling her sooner. With estimates of his net worth ranging around $400 million and perhaps much higher, Shriver could stand to gain a significant alimony and child support settlement from the marriage.

The two did not execute a prenuptial agreement, thus the property they obtained while married could be split equally 50%/50% between them because California is a community property state. Schwarzenegger will keep their Brentwood mansion, and Shriver bought a home just three miles away to allow the kids to see each parent without much difficulty. In addition, she has requested custody of the couple’s minor children. The negotiations for their divorce settlement have been ongoing. Some sources claim Schwarzenegger wants to give Shriver a generous settlement, and others have claimed that he is trying to withhold as much of his property from her as possible and refuses to grant her any of the earnings from his memoir.